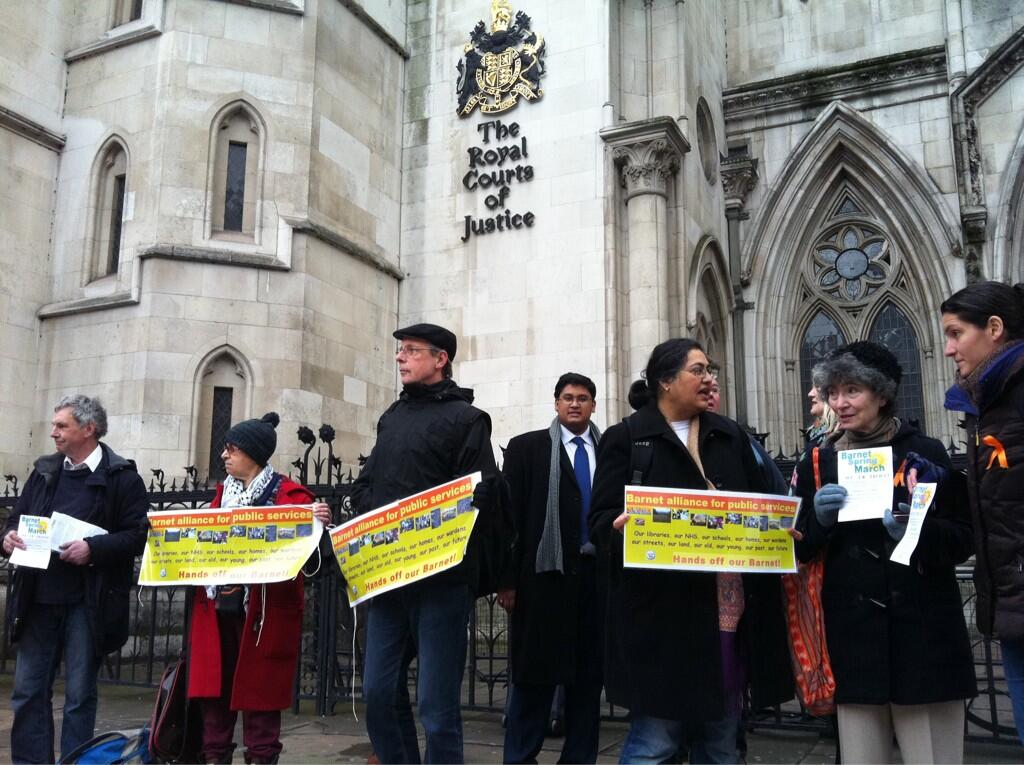 Supporters of Barnet resident Maria Nash gather outside the High Court on day 1 of her application for Judicial Review of Barnet Council’s ‘One Barnet’ outsourcing programme.

Barnet resident Maria Nash is bringing an application for Judicial Review of Barnet Council’s ‘One Barnet’ outsourcing programme. Day 1 of the hearing was yesterday on Tuesday 19 March. It is being heard by Justice Underhill in Court 28 at the Royal Courts of Justice on the Strand, and continues on Wednesday 20th and probably on Thursday 21st March.

Throughout the morning of the first day, Barnet Alliance for Public Services and Disabled People Against Cuts demonstrated their support for Maria Nash’s action outside the court (see pic).

Day 1 involved Maria Nash’s barrister Nigel Giffin QC outlining the grounds for bringing the application, which include Barnet Council’s failure to consult residents over the massive outsourcing programme that could see the bulk of Council services run by the private sector, including outsourcing giant Capita.