Around 50 people met at the Greek Cypriot Centre on 11th April 2013 to launch a campaign calling on Barnet Council to bring ‘Your Choice Barnet’ back in-house.

‘Your Choice Barnet’ (YCB) delivers care and support services to disabled adults in Barnet and has been ‘arms length’ from the Council since February 2012. The Council hoped that the service would make a surplus - £263,000 by 2015 and £493,000 by 2016 - but instead it has been losing money. Sister organisation Barnet Homes is lending it money to tide it over.

The most alarming aspect of Barnet Council getting its sums so disastrously wrong is that the management now want to reduce the level of service and are cutting staff pay and holiday entitlement. Barnet Unison estimates that the cuts could amount to around a 20% cut in the pay of these already low-paid workers.

The speakers included Barnet Unison chair Helen Davies who told the audience that she believed that it had always been the plan to downgrade staff and that the purpose of arms length organisations was to make it easier to do this. She said Your Choice Barnet workers were considering industrial action to protest about the way they are being treated. She said that in her conversations with staff they emphasised how they enjoy their jobs, and want to do the best for service users, but that they believe the standard of care is in danger of falling below acceptable levels.

Parent-carer John Sullivan spoke about the demonisation that disabled people have received in the mainstream media in recent years, which makes it easier for the services they use to be cut. He said parent-carers support the Your Choice Barnet staff against the cuts. He also talked about how there had been very little consultation when Your Choice Barnet services were made arms length, and that there is even less consultation now over the current stop-gap measures. He called for there to be “an orderly return in-house”.

Disability activist Roger Lewis, representing Disabled People Against Cuts, who himself works in adult social care in Lambeth Council, talked passionately about the way personal budgets, which were espoused as a way of liberating disabled people, are now being used as a way to funnel money to the private sector and undermine public services.

There were interesting contributions from members of the audience, including from one man who asked “since when has care become about  making profits?”

Tirza Waisel, Barnet Alliance co-ordinator, put a series of motions to the meeting which were all agreed. These included:

The next Your Choice Barnet campaign meeting will be on Thursday 25 April, 7-9 pm, at the Greek Cypriot Centre, Britannia Road, London N12. All welcome. 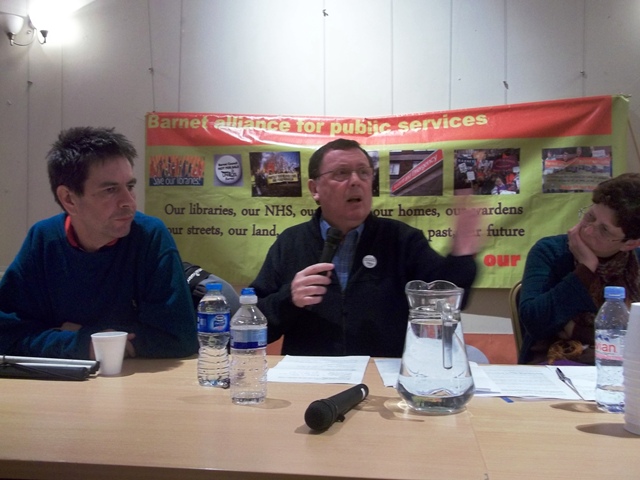 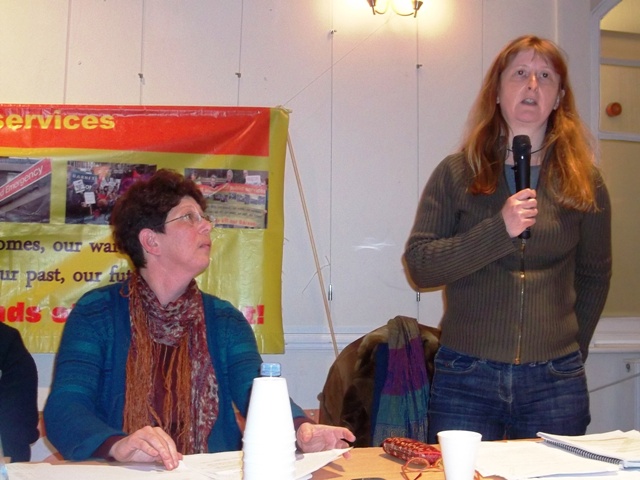 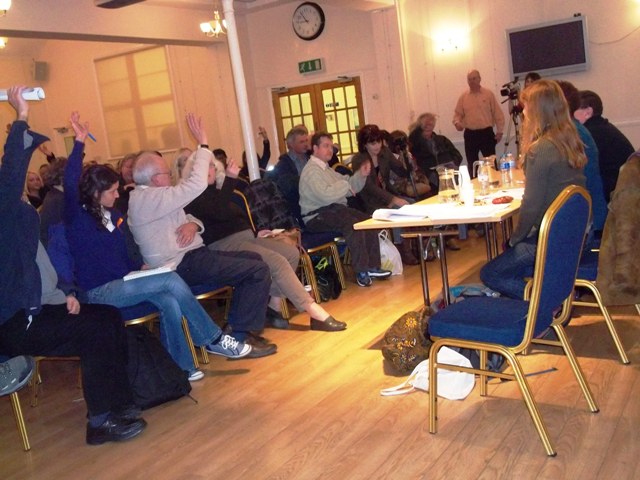 Taking the vote at the Your Choice Barnet campaign launch, 11 April 2013